"Doug Motel makes "conscious comedy". He makes me laugh and he makes me think."
-Marianne Williamson 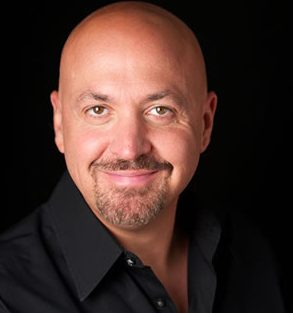 Our most inspired ideas and healing come when we are “in the moment”, but how do we access and utilize the power of the present?

A hybrid of Performance and tools for positive change

Doug Motel is an award-winning artist who has been helping creative people to live more presently for more than 20 years.

Participants will have a first-hand experience - as a group and individually - of the very source of their creativity.

Storytelling
Writing and Drawing
Guided Visualization
Lecture
Meditation
Often drug abusers are unable to clearly see their problems and fears. Your performance helped them identify situations in their lives in a humorous setting. There has been nothing but praise and enthusiasm from the residents and staff. I hope you continue to present your wonderful talent to other recovering individuals and return to our Recovery House.

Doug has an unusually sensitive and compassionate manner with persons dealing with life-threatening illness or grief. His ability to use humor as a healing tool is evident. We are encouraged by our clients’ response to Doug’s work and intend to offer his workshop again this fall.

On behalf of our Social Medicine staff here at Kaiser Permanente, I would like to thank you for your excellent presentation and performance of “MIND SALAD.” It was just what the doctor ordered!

We hope that many an audience will be able to enjoy your talent to use humor as a tool for healing.

It has been a long time since we’ve had such a quick response to one of our offerings…The evaluations turned in by the volunteers were unanimously positive. I am going to recommend that APLA include your and your workshop in a future employee training. Because of you, a group of volunteers has experienced a way to live life more fully. That is a special gift. You and your workshop had the highest possible ratings. The comments included:

“Highly Evolved” “Doug Motel was very caring and a great speaker.” “Inspirational.” “The speaker’s use of humor while helping me to reach inside in regards to the inner voice was most helpful.” “It was a great help to my life.”

"Like Lily Tomlin, is one of those rare comedians who creates and becomes totally original characters."
-The New York Post


"At once uproariously funny and poignant"
-Daily Variety


"Channeled through writer-performer Doug Motel's quick mind and extraordinary characterizations...Motel animates each of his characters, who illustrate serious flaws in the human condition, with a full personality, his specialty being a perfect ear for dialects."


"Doug Motel thinks funny and that's the first requisite for creating humor....He's a master of dialects...Motel's art is portraiture, and his likenesses are often startling, vocally and visually...His black drag queen guardian angel sparkles, like most of his juicy creations...A delight."
- LOS ANGELES TIMES

Episode #14 Let All Things Be Exactly As They Are

Let All Things Be Exactly as They Are is the prayer that we used when we were in Hawaii for The Retreat Playing The Game Of 2020. Read Full Show Notes →

In this episode, Doug shares the concept of "asobase kotoba" or "play language." It is a way of expressing the idea that life, at its core, is essentially play. Read Full Show Notes →

Doug shares his adventures during his August vacation and his new direction after the 1st an​niversary of the Podcast. Read Full Show Notes →

In Episode 11, Doug travels to Naples Florida to visit Paphos Salon, a very mysterious and unique business that helps patients aspire to "be better and do better" by scanning and printing 3-D replicas of them and fixing their imperfections. We meet Dr. Cole Hall and his assistant Bernadette. Read Full Show Notes →

In his first remote episode recorded outside of the studio, Doug went to Williamsburg Brooklyn to visit his guests Fritz Wermutstropfen Ph.D. organizer of APEP (Association of Planet Ending Partiers) and "Apophis I" who taught us about the true role of humans in the Universe and about rumors of an asteroid headed for the earth's atmosphere in 2020. Read Full Show Notes →

Someone, calling himself Santa Claus come to visit the podcast studio at Radio Kingston. Doug interviewed him about believing in what you can't see and he learned a valuable lesson. Read Full Show Notes →

Episode #7: Why Is America Divided?

In this episode, Part II of the conversation from Episode #5, Doug discusses with Guardian Angel Miss Cheryl Lee and entity of fear Mr. Fears, whether or not it is possible for people to truly “live in the now”. Call-in guests include busboy Victor Saltzman and Angelo Scarangella who are struggling with how to have a lasting relationship while Mr. Fears has such a strong voice in their lives. Read Full Show Notes →

Doug Motel interviews "Mr. Fears" author of THE POWER OF FEAR and TEACHING SHAME AND GUILT: A PARENT'S GUIDE. His other in-studio guest was "Miss Cheryl Lee" who claims to be an Angel sent to earth in the body of a 6'4" drag queen. Callin guest was "Victor", a busboy at Brew & Burger in New York's Pennsylvania Station. The conversation turned frightening as they discussed the concept of Love versus Fear. Enjoy this scary Halloween episode. Read Full Show Notes →

Does fame make you happy? If so at what cost? Doug's guests are movie star Ian Martin ("Captain Britain"), triple threat (actor/singer/dancer) Chauncey Chase Kerr and paparazzo Luigi. A rollicking exploration of the topic of fame. Read Full Show Notes →

Can music heal us? Can we find connection in a world full of disconnect? Doug's guests are the Scottish musician Donal MacLeish and Mr. Martin Bauer who suffers from a very rare disorder called Cognital Disiungitur Musica (or CDM). Read Full Show Notes →

Episode #2: What Is Success?

Episode #1: What is Reality?